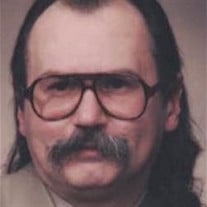 Mansfield: William H. Maneese, 67, passed away Saturday, May 6, 2017, at OhioHealth MedCentral Mansfield after brief. William was born February 4, 1950, in Mansfield, Ohio, to the late William Maneese and Jeanne Brook-Manesse. Lived and worked in Mansfield most of his adult life. He leaves to cherish in his memory, his wife, Kathy Maneese, of Mansfield; two daughters, Resheina Davis and Taiwonda Davis; a son, Brandon Davis; his mother, Jeanne Nuhfer; a sister, Marjorie (Kevin) Shearer; one step-sister, three step-brothers, grandchildren; a host of nieces, nephews, relatives and friends. He was preceded in death by his father; a brother, Keith Maneese. The services will be held Saturday, May 13, 2017, at 11 am, with one-hour prior calling to the services, at Small’s Funeral Services, 326 Park Ave. W., with Evangelist Mary Redd officiating. The committal services will follow the services. The family has entrusted Small’s Funeral Services with the arrangements. www.smallsfuneralservices.org

The family of William H. Maneese created this Life Tributes page to make it easy to share your memories.

Send flowers to the Maneese family.