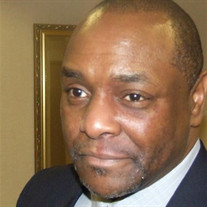 Mansfield: Rodney Jefferson, 58, passed away Friday, January 08, 2016, at OhioHealth MedCentral Hospital Mansfield after a short illness. Rodney was born December 5, 1957, in Mansfield, to the late Earnestine Fisher-Jefferson and Leon Jefferson. He lived in Mansfield the majority of his life. After graduating from Mansfield Senior High, Rodney attended Morehead State University where he played football and earned a Bachelor’s of Arts degree in Communication and Journalism. Rodney is survived by his father, Leon (Ann) Jefferson, of Mansfield; two brothers, Earl Jefferson, of Mansfield and Carlos Jefferson, of Marion, IN; four sisters, Vanessa Hayes, Tatanisha Jefferson, of Mansfield, Angie (Bruce) Black, of Columbus and Linda Fuqua, of Plain City; a special uncle, LV “Coolie” Fisher, of Mansfield; a host of aunts, uncles, nieces, nephews, relatives and friends. Rodney was preceded in death by his mother. The services will be Saturday. January 16, 2016, at 11 a.m., with one hour prior calling at Small’s Funeral Services, with Rev. Frank O’Bryant officiating. The committal will follow the services. The family has entrusted Small’s Funeral Services with the arrangements. www.smallsfuneralservices.org

The family of Rodney Jefferson created this Life Tributes page to make it easy to share your memories.

Send flowers to the Jefferson family.