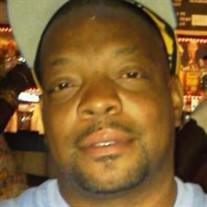 Columbus, Naron Lamont Eatmon, 45, passed away unexpectedly, on Monday, August 23, 2021, at Doctor’s Hospital. Naron Eatmon was born October 16,1975, in Mansfield, Ohio, to the late Jimmy Lee Eatmon and Barbara Ann Hawthorne. He lived in Mansfield most of his adolescence years and he made Columbus, his home. He enjoyed laughing and having a good time. Naron had a contagious smile that could light up the room. His calling, before his passing was to help uplift people and to help make them a better person. Naron leaves to cherish in his memory three daughters, Ashlaniquia Coffee, Shanteze Williams, both of Mansfield, and Artiza Frazier, of Cleveland; son, Dontarious Sylvester, of Mansfield; eight grandchildren; a host of daughters, sons, nieces and nephews. Naron was preceded in death by his parents; brother, Andre Kenneth Blackmon; sister, Sonya “Tutta” Renia Eatmon Lewis. No services. The family has entrusted Small’s Funeral Services with the arrangements.

The family of Naron Lamont Eatmon created this Life Tributes page to make it easy to share your memories.

Send flowers to the Eatmon family.