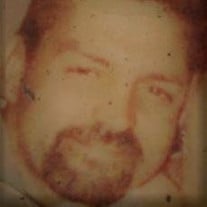 Mansfield: Michael Alan Wingler, 46, passed away Friday, October 27, 2017, at OhioHealth Mansfield. Michael was born May 13, 1971, in Mansfield, Ohio, to Bobby Wingler Sr. and to the late Martha Ellen Farley-Wingler. Michael graduated from Mansfield Senior High and worked as a Welder for many of years. Michael leaves to cherish in his memory his wife, Tanny Wingler, of Mansfield; a daughter, Austin Wingler, of Ontario; his father, Bobby Wingler Sr., of Mansfield; four brothers, Bobby (Sandy) Wingler Jr., Charlie Wingler, Evan Wingler and Everett Wingler, all of Mansfield; three step-daughters, April, Michele and Crystal, all of Mansfield; a host of relatives and friends. Preceded in death by his mother. The Memorial Services will be held Friday, November 3, 2017, at 11 a.m., with one-hour prior calling to the services, at Small’s Funeral Services, 326 Park Ave West, with Rev. Earl Tackett officiating. The family has entrusted Small’s Funeral Services with the arrangements.

The family of Michael Alan Wingler created this Life Tributes page to make it easy to share your memories.

Send flowers to the Wingler family.