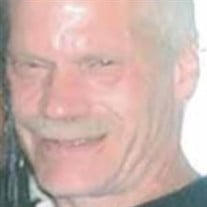 Michael “Mike” Allen Robinson passed from this life on April 21st, 2021, at the age of 60 after battling an extended illness. Mike was born May 6, 1960, in Canton, to the late William H. Robinson and Elizabeth Robinson. He made Mansfield his home. A graduate of Madison Comprehensive High School in 1978, he was a student athlete he played football and wrestle. Mike worked as a mechanic for over 40 years and was known as the neighborhood mechanic. He worked at Pro Auto Body as a mechanic for 13 years. Mike is survived by his mother, Elizabeth H. (Peter) Robinson; sisters, Vickie Orewiler, of Mansfield and Kimberly Heckman, of Louisville, Ohio; a brother, Edward B. Robinson, of Mansfield; two daughters, Tiffiny (Robinson) Smith and Brittoney Roane, both of Mansfield; three granddaughters, a host of inherited relatives and friends from the family of his long-time special friend Marilyn R. Pate who preceded him in death. Mike was preceded in death by his father, William H. Robinson, grandparents, Alfred and Charlotte Robinson. The Memorial Services will be held Saturday, May 1, 2021, at 11 a.m., at Small’s Funeral Services, 326 Park Avenue West. Convid-19 protocol will be honor, and mask is mandatory. The family has entrusted Small’s Funeral Services with the arrangements.

The family of Michael Allen Robinson created this Life Tributes page to make it easy to share your memories.

Michael “Mike” Allen Robinson passed from this life on April...

Send flowers to the Robinson family.