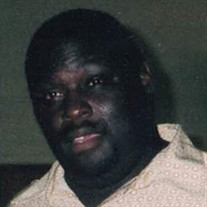 Mansfield: Matthew D. Adkins, 51, passed away Sunday, December 24, 2017, at OhioHealth MedCentral Hospital, after an extended illness. Matthew was born October 20, 1966, in Mansfield, to the late Leonard Adkins and Mary Ann Wright. He graduated from Mansfield Senior High and he made Mansfield his home. He leaves to cherish in his memory, his mother, Mary Ann Wright; brothers, Neal Williams, Danny Williams and Leonard Adkins; son, Javian Adkins; uncles, Eric Williams, Robert Hayden, Eddie Williams and Tex Williams; aunt, Peggy Williams; a host of great-uncles, great-aunts, relatives and friends. He was preceded in death by his father. The services will be held Friday, December 29, 2017, at 11 a.m., with one-hour prior calling to the services, at Small’s Funeral Services, 326 Park Ave. W., with Rev. Louise Jackson officiating. The committal services will follow the services. The family has entrusted Small’s Funeral Services with the arrangements.

The family of Matthew David Adkins created this Life Tributes page to make it easy to share your memories.

Send flowers to the Adkins family.