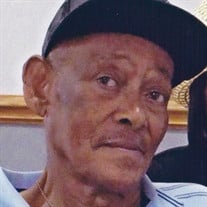 Mansfield: Joe Huddleston, 69, passed away Monday, 28 March, 2016, Ohio Health MedCentral Hospital Mansfield after a brief illness. Joe was born May 26, 1946, in Indianola, MS, to the late Emanuel and Mary Alice Huddleston. He made Mansfield his home. He leaves to cherish in his memory his fiancé, Tamara King, of Mansfield; a son, Joey Huddleston, of Mansfield; a brother, Albert Huddleston, Gulf Port, MS; people who were instrumental raising him, Louise Anderson, of Mansfield and Maddie Lee Butler, Indianola, MS; 7 grandchildren, 6 great-grandchildren ; a host of nieces, nephews, relatives and friends. Preceded in death by his parents, four brothers, Waudell, Emanuel, Allen and Roosevelt Huddleston. The services will be held Friday, April 1, 2016, at 11 a.m., with one-hour prior calling to the services at Small’s Funeral Service, 326 Park Ave. W., with Rev. Lamont Lindsay Officiating. The burial will follow at Mansfield Cemetery. The family has entrusted Small’s Funeral Services with the arrangements. www.smallsfuneralservices.org

The family of Joe Huddleston created this Life Tributes page to make it easy to share your memories.

Send flowers to the Huddleston family.