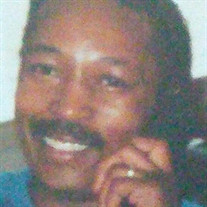 Mansfield: Henry Graves, 58, passed away Sunday, March 20, 2016, at Riverside Methodist Hospital after an extended illness. Henry was born December 6, 1957, in Welch, WVA, to the late James Graves and Earlene Collins-Graves. He made Mansfield his home. He worked at RR Donley, Broscho and Blevins Fabrication Corp for many of years. He enjoyed watching the home team “The Cleveland Browns” His favorite pastime he would cut the rug from time or two that’s what he would do. He would lend a hand to anyone who would need his help, he was just that type of person. He leaves to cherish in his memory his wife, Marlo Graves, of Mansfield; two daughters, Latoya Graves, of Cleveland and Ashley Graves, of Mansfield; a son, Desmond Black, Cleveland; a stepson, Joshua McKinney, of Mansfield; four sisters, Etta Moore and Mary Graves, of Detroit, MI, Phyllis Graves, of Cleveland, and Bernetta, Graves, Hickory, NC; five brothers, James Graves III, and Mark Graves, both of New York, NY, Jeffery Graves, Akron, Leon Graves, Cleveland, and David Graves, of Charleston, WVA; four grandchildren, Dionte Willis, Allora Willis, Ashantee Willis, and Terrance Williams Jr., all of Cleveland; special friends, Richard, Loretta Figley and Diane Vance; a host of nieces, nephews, relatives and friends. He was preceded in death by his parents, two brothers. Nathaniel Graves and Jerome Graves. The services will be held Tuesday, March 29, 2016, at 11 a.m., with one-hour prior calling at Small’s Funeral Services, 326 Park Ave W., with Rev. Scott Logan, officiating. The committal will follow the services. In lieu of flowers memorial contribution can be made to Small’s Funeral Services. The family has entrusted Small’s Funeral Services with the arrangements. www.smallsfuneralservices.org

The family of Henry Graves created this Life Tributes page to make it easy to share your memories.

Send flowers to the Graves family.