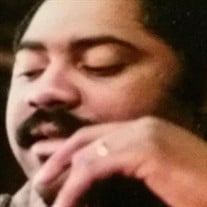 Jackson, MS: Floydzell Lee (Maine) Windham, 61, passed away Saturday, October 14, 2017, at University Medical Center after a brief illness. Floyzell was born October 11, 1956, in Mansfield, Ohio, to the late Henry and Annie Windham. Floyzell attended Mansfield City Schools and graduated from Madison Comprehensive High School. Floyzell served in the U.S. Army from 1975-1982 and the Reserves from 1982 – 1986. He was employed at Atmos Energy in 2001, in Flora, MS, where he began his career as an apprentice. He became a technician at Atmos Energy. Floyzell was a kind and caring man. He loved fishing and his family. One thing that always stood out is you were guaranteed to bust up laughing in his presence. Floyzell leaves to cherish in his memory his fiancé, Regina Jordan; a son, Tyrus Naquis Windham, of Columbus; stepsons, William and Robert Melton, of Flora, MS; grandchildren, Tyuanna Kalise Windham, of Ripley, TN, Bren Lamira Windham, of Mansfield; brothers, Roosevelt (Anice) Windham, Wallace Windham, Tom (Marvalene) Windham, all of Mansfield and Harris (Alice) Windham, of Corona, CA; sister, Brenda Windham, of Mansfield; a host of niece, nephews, relatives and friends. He was preceded in death by his parents; sisters, Mattie Stevens, Rosann and Lois Windham; brothers, James (Pig) Windham and Parris Windham. The calling hours will be held Friday, October 27, 2017, from 6-8 pm, at Small’s Funeral Services, 326 Park Ave. West. The services will be held October 28, 2017, at 11a.m., with one-hour prior calling to the services at New Beginning Full Gospel, 91 Marion Ave., with Pastor Patricia Sullivan officiating. The family will be receiving relatives and friends at the home of,Carmen Windham-Davis, 546 Burns St., daily until the day of the services. The family has entrusted Small’s Funeral Services with the arrangements.

The family of Floydzell Lee (Maine) Windham created this Life Tributes page to make it easy to share your memories.

Send flowers to the Windham family.