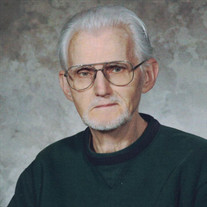 Mansfield: Elbert Stanley Blankenbeckley, 81, passed away Sunday, 18 November 2018, at home after an extended illness. Stan was born July 14, 1937, in Firebrick, KY, to the late William Oscar Blankenbeckley and Audrey Beverly-Blankenbeckley. Stan lived in Mansfield most of his adult life. He retired from Mansfield General Motors after 42 years of service. He served four year in the USMC and was a member of the Camera Club and Marine Corp League. Stan leaves to cherish in his memory his wife, Margaret (Walker) Blankenbecklely, of Ontario; a sister, Joyce Bentley, of Firebrick, KY; a brother, Hal Blankenbeckley, of Firebrick; a host of nieces, nephews, relatives and friends. Stan was preceded in death by his parents; four brothers, Allard Blankenbeckley, Randall Blankenbeckley, James Blankenbeckley, and Herman Blankenbeckley; a sister, Juanita Stone. The calling hours will be held Tuesday, November 20, 2018, from 6 – 8 pm; the services will be Wednesday, November 21, 2018, at 11 a.m., with one-hour prior calling to the services at Small’s Funeral Services, 326 Park Ave. with Pastor Bobby Duncan officiating. The burial will follow at Mansfield Memorial Park. The Richland County Joint Veteran Burial Squad will pay honor to Stan. The family has entrusted Small’s Funeral Services with the arrangements.

The family of Elbert Stanley Blankenbeckley created this Life Tributes page to make it easy to share your memories.

Send flowers to the Blankenbeckley family.