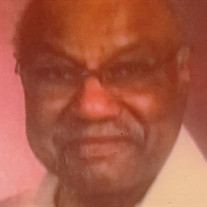 Mansfield: Earl W. Morris, 76, passed away Wednesday, April 6, 2016, at Good Shepherd Home & Villa in Ashland after an extended illness. Mr. Morris was born Sunday, October 15, 1939, in Pensacola, Florida to the late Mack and Elizabeth Celestine-Morris. He was the youngest of 9 children in his family. Earl served in the United States Army for six years. While in the Army, he served as a Supply Specialist, specializing in equipment repair and parts. He received many letters of appreciation for outstanding performance and letters of completion of courses and proficiency in many areas. One letter commended him for attaining the rank of Staff Sargeant E-6 in a short period of time. In Mansfield, Earl retired from MedCentral Hospital where he as the first employee to undergo open heart surgery at their new Heart Center. He also worked at Westinghouse (Mansfield Products) as a foreman. Earl was a member of the Mount Hermon Baptist Church where he faithfully served as a deacon for 36 years until his health failed. His hobbies included fishing, playing cards, and watching old westerns. Earl is survived by his wife of 51 years, Margie; one son, Kenneth; three grandchildren; one foster son, Cornell “Mateen” Merchant; one brother, Appalonia “Mack” Morris, sister-in-law, Lovenia Morris; two nieces, whom he raised, Linda and Elaine Morris; two goddaughters, Clora (Byron) Jackson and Candace Holt; one godson, Cornell Merchant Jr.; and a host of nieces and nephews, relatives and friends. In addition to his parents, Earl was preceded in death by 3 brothers, Addison, Coleman, and Henry; and four sisters, Audrey, Fannie, Dorothy, and Dellia. The funeral services will be held Tuesday, at 11:00 a.m. at Mount Hermon Baptist Church, 292 Charles St., with Elder Link Briggs officiating, friends may call at the church one hour prior to the funeral services. Interment will follow the service at Mansfield Memorial Park. The family will receive friends at their home, 387 Pearl Ave., daily from 5-8 p.m. till the day of services The family has entrusted Small’s Funeral Services with the arrangements. www.smallsfuneralservices.org

The family of Earl Morris created this Life Tributes page to make it easy to share your memories.

Send flowers to the Morris family.