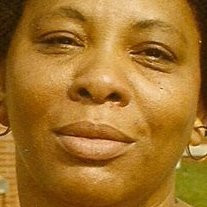 Mansfield- Dorcas Ann Davis, 77, passed away Thursday, August 29, 2013, at Liberty Nursing Center after an extended illness. Dorcas was born April 14, 1936, in Mansfield, Oh, to the late Zephaniah Lindsay and Carrie Mattison. She made Mansfield his home. She leaves to cherish in her memory, five sons, George Davis, of Mansfield, Kevin (Laura) Davis, of Cleveland, Anthony Davis, of Lima, Roger Davis, and Mark Carr, both of Mansfield; one daughter, Stephanie Davis, of Mansfield; one brother, Roscoe (Ann) Lindsay, of Mansfield; a sister-in-law, Minnie Lindsay, of Mansfield; 22 grandchildren, 40 great-grandchildren, 2 great-great-children and 3 step-sons and 1 step-daughter; a host of nieces, nephews, relatives and friends. She was preceded in death by her parents; a special friend, Robert Carr Sr.; four brothers; and four sisters. The services will be held September 6, 2013, at 11 a.m., with one hour prior calling at Small’s Funeral Services, 326 Park Ave W., Mansfield, Ohio 44906; with Rev. Lamont Lindsay officiating. The burial will follow at Mansfield Cemetery. The family will be receiving relatives and friends at 507 Johns Ave., Mansfield, Ohio 4403, until the day of the services. The family has entrusted the arrangements with Small’s Funeral Services. www.smallsfuneralservices.org

The family of Dorcas Ann Davis created this Life Tributes page to make it easy to share your memories.