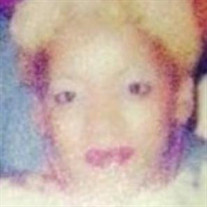 Canton: Cynthia Denise Rollison, 61, passed away January 18, 2019, at Aultman Hospital Denise was born November 20, 1957, in Sandusky, Ohio, to Emma Ruth Rollison and to the late Richard Chester Rollison II and. She made Canton her home. She... View Obituary & Service Information

The family of Cynthia Denise Rollison created this Life Tributes page to make it easy to share your memories.

Send flowers to the Rollison family.