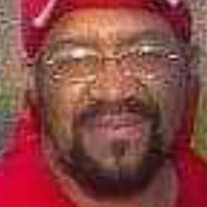 Mansfield: Charles Noble Jr., 63, passed away Friday, August 17, 2018, at OhioHealth MedCerntral Mansfield after an extended illness. Charles was born March 16, 1955, in Mansfield, to the late Charles Noble Sr. and Irene Emerson-Noble. He made Mansfield his home. He was avid fisherman and loved his grandchildren. He was a member of Latter Rain COGIC for many of years. He leaves to cherish in his memory his wife, Kathleen Cantrill, of Mansfield; his children, Sonya, Christopher, Tyrone, Ashawnti, Tysheri and Chakara; four brothers, Steve, Eugene, Eddie and Carl; 24 grandchildren and seven great-grandchildren; a host of relatives and friends. He was preceded in death by his parents. The services will be held Saturday, August 25, 2018, at 11 a.m., with one-hour prior calling to the services, at Small’s Funeral Services, 326 Park Ave. W., with Supt. Louis Blevins Jr. officiating. The committal services will follow the services. The family has entrusted Small’s Funeral Services.

The family of Charles Noble Jr. created this Life Tributes page to make it easy to share your memories.

Send flowers to the Noble family.