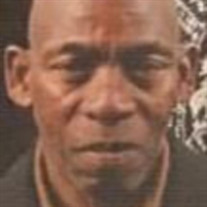 Chuck was called home by our heavenly Father, Thursday, August 27, 2020, after an extended illness Carlo Chuck Lindsay, also known as “Chuck,” 66, was born on Wednesday, November 18, 1953, in Mansfield, to the late Zephaniah Lindsay Jr. and Minnie B. Williams-Lindsay. A lifetime resident of Mansfield, Ohio. He retired from Longview Steel. Carlo was a selfless and loving father. He was always there to offer advice, lend a listening ear, worked on cars and building dune buggies for his grandchildren to enjoy, give financial support, and be a father to his grandchildren, and so much more. There was not a day we did not feel his unconditional love. He installed many valuable life lessons, morals, values through humor and tough love. Chuck enjoyed listening to music, sitting on his porch, fishing, spending time with family and friends. He was always up to a road trip and a true fan of Cleveland Browns and Indians. He will be sorely missed. He leaves to cherish in his memory daughters, Taneka Slaughter, Tamara Finch, Lawanda Lindsay, Antoinette Fuller and LaKeisha Fuller son, Leaonte Crawford, 19 grandchildren; 10 great-grandchildren; brothers, Tyrone (Michelle) Lindsay, Douglass Lindsay and Edward (Kim) Lindsay; sisters, Dorothy Latimore, Ardelphia (Ronald) Moton, Gwen (Chester) Butler and Linda Roberts; special uncle, Wendell Lindsay; cousin, Kenneth (Teet) Peoples; nephew, Bobby (Ray) Latimore; many loving nieces, nephews, relatives and friends. He was preceded in death by his parents; brother, Terry (Ted) Lindsay. The calling hours will be held Wednesday, September 2, 2020, from 5-7 p.m., at Small’s Funeral Services, 326 Park Avenue West, we are asking everyone please wear a mask. The funeral services will be private for the family. The family has entrusted Small’s Funeral Services with the arrangements.

The family of Carlo Chuck Lindsay created this Life Tributes page to make it easy to share your memories.

Chuck was called home by our heavenly Father, Thursday, August...

Send flowers to the Lindsay family.