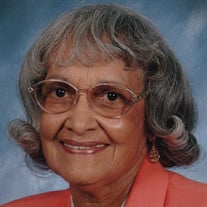 Ashland: Barbara Jean Davis, 82, went to be with the Lord on Wednesday, June 03, 2015, at Crystal Care Nursing Home after an extended illness. Barbara Jean Cline-Davis was seventh child born February 4, 1933, in Mansfield, Ohio to the late John “Allen” Cline and Georgia Bundy-Cline. She lived in Akron, Ohio, before moving back to Mansfield, June 22, 2010. She graduated in 1951 from Mansfield Senior High School and was the first African American Majorette at Mansfield Senior High School. She worked for First Merit Bank; the name was later changed to Charter One Bank and was a branch manager and retired January 2005. She accepted Christ and baptized at an early age and attended Shiloh Missionary Baptist Church. After moving to Akron she attended United Baptist Church where she served as a nurse. She then attended the House of the Lord until moving back to Mansfield, where she again attended Shiloh Baptist Church until her death. She is survived by her sister, Georgia Dye and brother, Jack (Lula) Cline Sr., of Mansfield. She was preceded in death by her parents; sister, Bernice Cash, Catherine Clark, and Jacquelyn Wilkson; brothers, Oliver Cline Sr., Donald Cline Sr., and Allen “Buddy” Cline. Per Barbara’s request, the graveside services will be held Wednesday, June 10, 2015, at Mansfield Cemetery, with Bishop William W. Morris Jr. presiding. The family will assemble at the Small’s Funeral Services, 326 Park Ave West, at 9:45 a.m. In lieu of flowers, memorial contributions may be made to Bernice Geneva Cline Cash Scholarship Fund at Shiloh Baptist Church, 130 East Second Street, Mansfield, Ohio 44902. Small’s Funeral Services is privileged to service the family. www.smallsfuneralservices.org

Ashland: Barbara Jean Davis, 82, went to be with the Lord on Wednesday, June 03, 2015, at Crystal Care Nursing Home after an extended illness. Barbara Jean Cline-Davis was seventh child born February 4, 1933, in Mansfield, Ohio to the late... View Obituary & Service Information

The family of Barbara Jean Davis created this Life Tributes page to make it easy to share your memories.