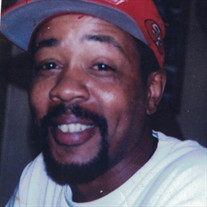 Mansfield, Alphonso Hairston, 66, passed away Thursday, August 19, 2021, at OhioHealth Mansfield Hospital after an extended illness. Alphonso was born August 21, 1954, in Mansfield, Ohio, to the late Alphonso Hairston Sr. and Joan Crawford Gibbs, He made Mansfield his home and was a member of the American Legion Post 676. Alphonso leaves to cherish in his memory his fiancé, Diane Porter, of Mansfield; two sisters, Geraldine Ginn, of Mansfield and Margarite Randall, of Cleveland; a brother, Sidney Gibbs, of Dallas, Texas; a host of loving nieces, nephews, relative and friend. He was preceded in death by his parents, sister, Katherine A. James. The services will be held Saturday, August 28, 2021, at 12 pm, with one-hour prior calling to the services, at Small’s Funeral Services, 326 Park Ave. W., with Pastor Jeffrey Jones officiating. The burial will be Monday, August 30, 2021, at 11 am, at Mansfield Cemetery Assoc., Inc. The family has entrusted Small’s Funeral Services with the arrangements.

The family of Alphonso Hairston Jr. created this Life Tributes page to make it easy to share your memories.

Send flowers to the Hairston family.